Airport Minsk-1 is located in the city of Minsk of the Republic of Belarus. It is an international airport. Until 1984, it was the main airport in Minsk, but after the opening of the Minsk-2 airport, this airport lost this status. 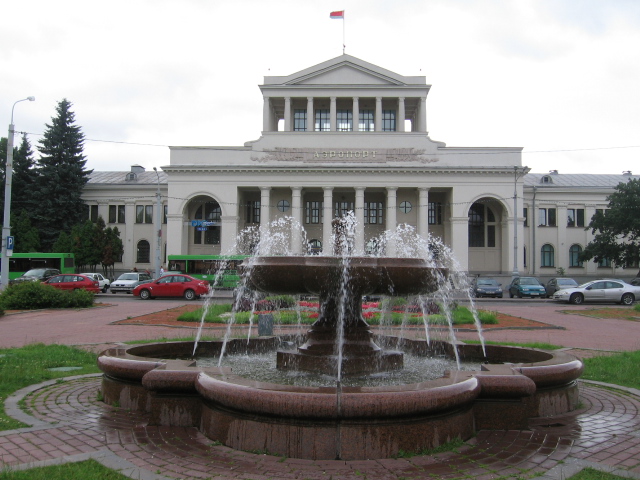 The airport was commissioned in the fall of 1933, at which time the first K-5 aircraft launched from here. In 1935, the airport was open for passenger traffic within the Republic of Belarus between other major airports that were located within the country. They were at that time about 17 pieces. In 1936, the first route outside the country was introduced. Thus, began to ply the postal-passenger flight to Moscow.

The building of the modern airport was built in 1957, the project of which was made by the architect G. V. Zaborsky. However, in 1976 a new building was erected, which was located next to the old one. The new office housed the airport ticket office, as well as a waiting room. It is also worth noting that the first building of the airport, which was erected in the post-war period, has survived to this day. It is today located the medical unit of the air unit in Minsk.

Characteristics of the airport Minsk-1

The airport has one runway, the length of which is 2 kilometers and a width of 60 meters. Airport Minsk-1 in 1955 was given the status of International. In the 1970s, its carrying capacity was just over 1 million passengers a year. However, due to the small size of the runway, he could not receive large aircraft, such as the TU-154, IL-62 and the like.

Airport Minsk-1 provides a range of services to its customers. In addition, there is a comfortable waiting room, equipped with Wi-Fi wireless Internet. Airport Minsk-1 rents space for warehouses and offices, and also provides space for mass cultural events. For the convenience of visitors, there is also a cafe and a hotel where prices will pleasantly surprise you.

At the airport there are 2 VIP terminals that allow you to serve VIPs, staying or departing from the airport.

The airport has a very convenient traffic interchange. So from here it is very easy to get by bus to the bus station or railway station in Minsk. In addition, the station of the Minsk metro is located in five minutes drive, which allows to get to any point in the city in a short period of time.