Main page / Airlines of the world

Airlines of the world 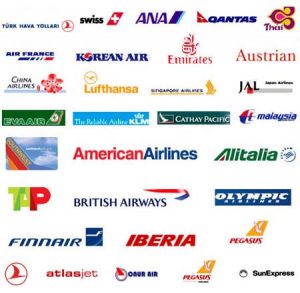 Every year more and more different airlines appear in the world. They constantly fight among themselves for the division of spheres of influence, therefore each company strives to win over as many customers as possible and improve the quality of the services offered.

Among all the airlines of the world the cheapest services offer low-cost airlines. They carry out their activities on the principle of minimizing the cost of providing services. However, despite this, some such companies still include a better service in the list of their services in order to attract the most wealthy and solvent customers. Examples of such carriers are German Air Berlin, British EasyJet, and American Frontier.

Some companies use super low-cost guidelines. Reducing to a minimum the level of service and services offered, companies provide their passengers with the necessary level of comfort through the use of more modern aircraft and comfortable seats. These airlines include — American JetBlue, Canadian WestJet.

Among the largest airlines in the world, the leading places are occupied by companies from the United States of America. Among such airlines are:

Not surprisingly, the top five companies in the world included 5 representatives of the United States. In addition to them, the list of the most successful airlines includes:

Aeroflot is the largest Russian company, but it is still far to its foreign colleagues.