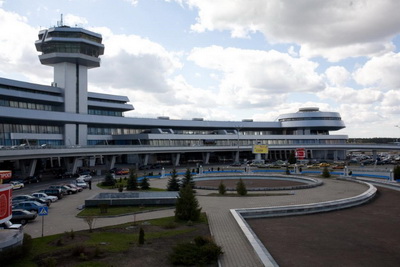 The airport capacity is 400 people per hour. The airport has one runway strip, the size of which is 2620 x 42 is capable of receiving airplanes weighing up to 400 tons and all types of helicopters.

The airport began to function in 1976. The second phase was commissioned in 1986 and included the entire airport complex. In 1999, the airport was granted the right of an international airport.

In Soviet times, life was in full swing here, 16 ships took off daily. After the collapse of the USSR, the flights practically ceased, but the airport remained operational, taking cargo planes from the west and forwarding them further east.

The geographical position of the airport allows to use its potential all year round. 180 people work at the airport, keeping the infrastructure in working position. In recent years, the airport served charter flights. The airport’s management hopes that after the modernization of WFP, travel agencies will actively supply tourist groups for shipment through Brest Airport.

All information about upcoming flights can be seen on the airline’s website.

The air terminal is a beautiful modern building and is a monument of architecture. Passengers are provided with a left-luggage office, a mother-and-child room, a pharmacy, a cash desk and an electronic scoreboard for aircraft flight traffic. The airport complex includes a hotel with 50 seats and parking.

How to get to the airport

The airport is located 12 km from Brest and is connected to the city by a modern highway. The route from the center to the airport is 40 minutes by city bus. You can order a taxi around the clock.