We will find the cheapest flights to Yerevan, and you will only need to choose where to book them. Specify the desired dates, the number of passengers and click on «Search».

Departure is made from Domodedovo and Sheremetyevo airports. Average flight time 6 h. 10 minutes. Arrival carried out in airports: Yerevan.

Prices for air tickets to Yerevan:

Few people know, but Yerevan is one of the oldest cities in the world. It was founded 2700 years ago. In the XIII century, this city was the largest settlement and transit center in Transcaucasia, however, from the beginning of the 16th century, its extinction began, the fault of which were the numerous raids of the Persian and Turkish forces. In the second quarter of the XIII century, the capital of Armenia became part of the Russian state, and, at the same time, received a powerful impetus to development. Since 1922, Yerevan was part of the Soviet Union, and since 1991 it has become the capital of the sovereign republic of Armenia. 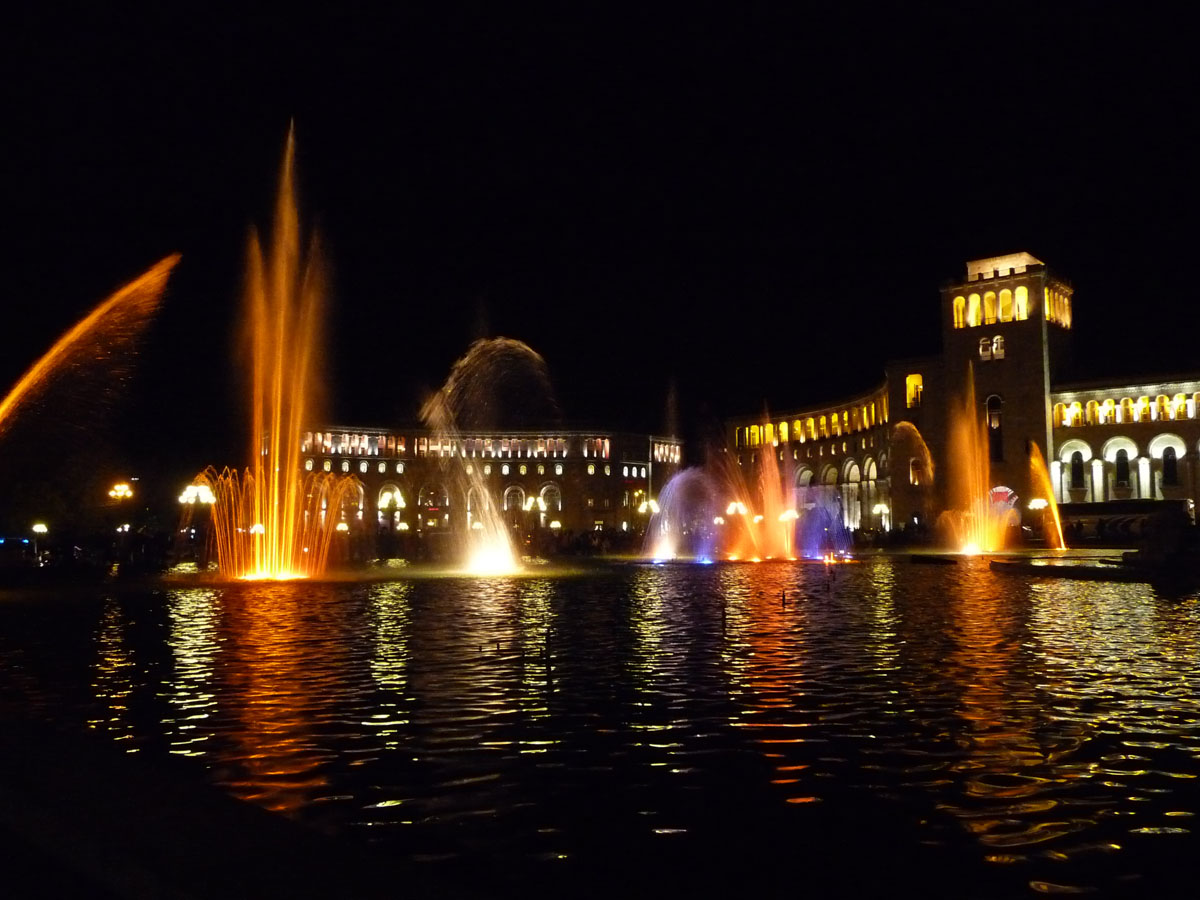 The geographical position of the city can be called favorable only with a big stretch — it is located high in the mountains (in some places of the city the absolute height above sea level exceeds 1250 meters), in a continental climate (spring is short, summer is hot, autumn is sunny, but winter is mild) . The mountain river Hrazdan Yerevan is divided into two parts, and one of them lies on the Ararat plain, and the other on the volcanic plateau.

There are 13 theaters in Yerevan, of which the most famous is the Opera and Ballet Theater. In addition, there are the Palace of Youth and, known even outside the country, the Concert Hall of the Philharmonic Society.
The capital of such an ancient state is simply obliged to have a large number of museums: the Erebuni Museum (it contains the most ancient artifacts of the city), the Museums of Nature in Armenia, and the modern arts. S. Paradzhanova, M. Saryan. Dozens of large libraries, the State and Children’s Art Galleries, the State Center of Aesthetics work in Yerevan.

The architecture of the city is diverse: you can meet as monuments of antiquity, such as the temple complex of the III-IV centuries, the cross-domed church of Katoghik of the XIII century and the Avan Cathedral of the VI-VII centuries, and quite modern buildings, such as the Ararat and Moscow cinemas , The House of Chess Player, the House of Youth, the Sport and Concert Complex and the House of Government of Armenia (there are two of them — the first was built in 1941, and the second in 1955).

“Mayr Hayastan” (the name of this monument is translated into Russian as “Mother Armenia”), “Tsitsernakaberd” (dedicated to the victims of the monstrous genocide of the Armenian people in 1915), the monument of David of Sasun and “Erablur” (the memorial was built in honor of heroes of the Kabakh war).

Despite the fact that Armenia and Russia have not been a single state for 20 years, almost all residents of Yerevan still know Russian in one degree or another. This, as well as the fact that the excellent hotels of the capital offer rooms of any cost, of any class and on any floor, make a visit to Yerevan for a Russian-speaking tourist pleasant and memorable.