Departure is made from Domodedovo and Sheremetyevo airports. Average flight time 14 h. 0 minutes. Arrival carried out in airports: Capital. 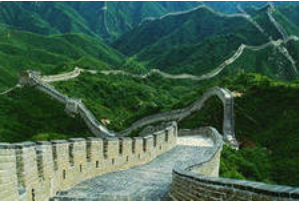 China is one of those places on the planet where the birth of the civilization of the whole world took place. The culture of identity and philosophy of the East in China are manifest in everything, but they cannot break the frantic pace of such cities as Hong Kong, Beijing and Shanghai. For travelers and tourists, China has almost everything: the sights of the culture of antiquity, ports and beaches, lowlands and mountains.

The capital of the state is Beijing. The climate in China can be divided into three zones — tropical, subtropical and temperate. One of the features of the local climate is high humidity throughout the year.

In China, air traffic is at its highest level. In many provinces into which China is divided, there is at least one airport. Which, of course, contributes to the development of tourism. If you have not yet decided which flight to which city you will fly to, then the web-sites created at each international airport will always help you find the information you need.

The best time to travel to China

The best period for recreation and tourism in China is October, September and May. Most precipitation falls in June, July and August. Travel to China is tempting and interesting all year round. It attracts tourists all year round, of course, the culture of China. In the summer, many tourists prefer to relax on beautiful beaches, naturally not forgetting about the many sights, cultural monuments and antiquities.

Hospitably greets guests Tibet — the center of Buddhism and monasteries, in this place is the headquarters of the Dalai Lama. Everyone who visits China will have the opportunity to travel along the Silk Road and enjoy the most beautiful views of the landscapes of canyons, mountains and rivers. You will see with your own eyes the Forbidden City, the Great Wall of China. The best resorts in the country can be considered Sanha and Hainan Island. If we look at Chinese cuisine, from our point of view, we will see how skillfully, sometimes incompatible, products are combined.

Chinese national cuisine is famous all over the world for such dishes as fried bear hands, snake delicacies, fish of different recipes, dumplings, rice and soy dishes, swallow nest soup. From your trip to China, you can bring home the following souvenirs: silk products, paintings painted with ink, lacquered boxes, green tea, fine porcelain and even chopsticks for eating. You can experience the relaxation of the body in many centers of medicine in China using traditional methods — massage, burning and acupuncture.

China is the most populated state in the world, with about 1.3 billion people living here. This state is located in East Asia and borders with thirteen states, including Russia. Russia.

In 1949, China was proclaimed the People’s Republic of China, where the Chinese Communist Party became ruling. Despite the fact that there are 8 more parties, China is in fact a one-party state. Its history goes back centuries. Chinese civilization is one of the most ancient on the planet, scientists assume that it is already more than five thousand years old. Modern China is a dynamically developing country with great economic prospects. China can be proud of its cultural achievements.

China is a country located in Southeast Asia. The border of the People’s Republic of China is: in the north — with Russia and Mongolia, in the northeast — with the DPRK and Russia, in the south — with Nepal, Bhutan, India, Laos, Myanmar and Vietnam, in the west — with Pakistan, Tajikistan and Afghanistan, in the northwest — with Kazakhstan and Kyrgyzstan. The country is washed by the waters of the three seas — South China, East China and Yellow.